Blog - Latest News
You are here: Home / UK Pensions in danger after divorce

The new Divorce Laws up on 6 April 2022 have made it easier for partners to divorce more amicably without needing to prove fault. This is good. There are however some unintended consequences.

The average age of divorce is now 47 for men and 44 for women.

As a result of this, it is fair to assume that the levels of wealth accumulated by the couple may be of appreciable value. They are of age to protecting their situation for retirement and pensions.

However, according to research conducted by Aviva, a multinational insurance agency, 15% of the divorced did not realize that their pensions could be impacted by the divorced, and almost 34% made no claim on their former partner’s pension and as such were not included as assets in the settlement.

Worse yet, 8% of respondent divorcees said that they didn’t have pension savings as they were reliant on their partner to finance their retirement.

Almost one in five or 19% of surveyed people admitted they will be or are significantly worse off in their retirement prospects as a result of divorce.

Why does divorce affect retirement pensions?

Pension and divorce legislatively date back to the Matrimonial Causes Act 1973. Consider the traditional family structure wherein one partner is the income earner and the other takes care of the home and children, in the event of a divorce one still maintains the comfort of a pension and the other has to start retirement funding from nothing.

Their working positions after a divorce also of course matter. Of the respondents:

It is a matter of “saving for the future does not help your starvation today”. Increased living expenses and child maintenance that used to be carried by two partners now must be shouldered by one person. Many are left unaware that pensions will be affected by divorce resolutions.

According to Alistair McQueen, Head of Savings & Retirement at Aviva:

“The breakdown of a marriage is often referred to one of the most traumatic and stressful events anyone can go through. Divorce can also be a costly experience, often including legal fees, a new home, a new car and new childcare costs. So, it’s perhaps predictable that so many need to rely on savings or credit cards for support during this time.

“It’s critical that, as part of the separation process, couples take time to think about and discuss one of their single most valuable assets, their pension.

“It’s common that one party will have significant pension provision, and the other party may have little or none. Clearly, this could be a relevant factor in any divorce. There are several options available to the Family court when dealing with pensions at divorce – pension sharing, earmarking and offsetting against other assets. It can often be a very complex issue so, as well as hiring a family lawyer, it would be advisable for couples to contact a financial adviser to walk them through the pension valuation and financial process. You mustn’t underestimate the value of pensions at this time.”

As people take multiple jobs over the course of their employment history, often they end up with different pension pots. These pension plans can be consolidated into one for simplicity. Pensions can also be shared between spouses. While this makes things easy to understand, it complicates things after divorce.

Can you protect pensions from being split in a divorce?

It is not normally possible to exclude pensions from being factored into a divorce settlement. However, pension offsetting as above can be used to protect pensions of either party in divorce negotiations.

What about State Pensions?

For example, a woman who was divorced when reaching pension age may still get benefits from the contributions of her ex-husband. But those who reach State Pension Age after 5 April 2016, the State Pension is based entirely on their own National Insurance Record.

This State Pension cannot be shared after their marriage or civil partnership ends. However, if they divorce before reaching pension age, they need to notify the Depart for Work and Pensions to benefit from an uplift.

Pensions may be resolved in a pension sharing order and other financial agreements. The problem is that many are not exactly aware that they need to notify the DWP after the fact.

“Every year thousands of women over state pension age get divorced but many may not be aware that they can qualify for a state pension boost as a result.

“Any woman who reached pension age before April 6 2016 and has since got divorced should contact the DWP if she is not on a full basic state pension to see if she is entitled to an increase based on her ex-husband’s contributions.”

Divorced couples can use their former partner’s National Insurance Contributions to increase their basic State Pension. This will not reduce the amount of State Pension the other person will get. 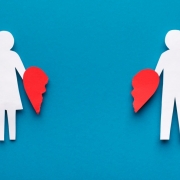 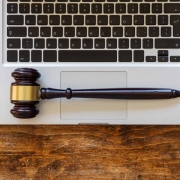 The Facts About Online Divorce in the UK 2022