Blog - Latest News
You are here: Home / New Laws and Obligations for UK Employers in 2018 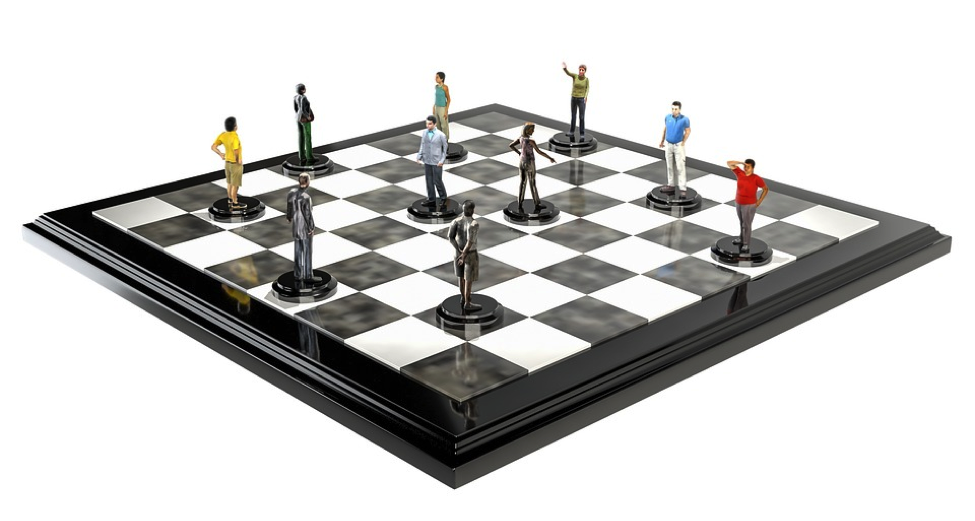 You can tell the employment crunch is starting to hit when the BBC is starting to propagandize the benefits of a summer job to youths. But does this mean it’s going to be an employee’s market or will the knock-on effects of Brexit give employers even more influence over their diminishing pool of workers as everyone tries whatever it takes to retain profitability?

Here are some new changes to UK Employment Law and company practices that might impact just how you’re entering the workforce this year. 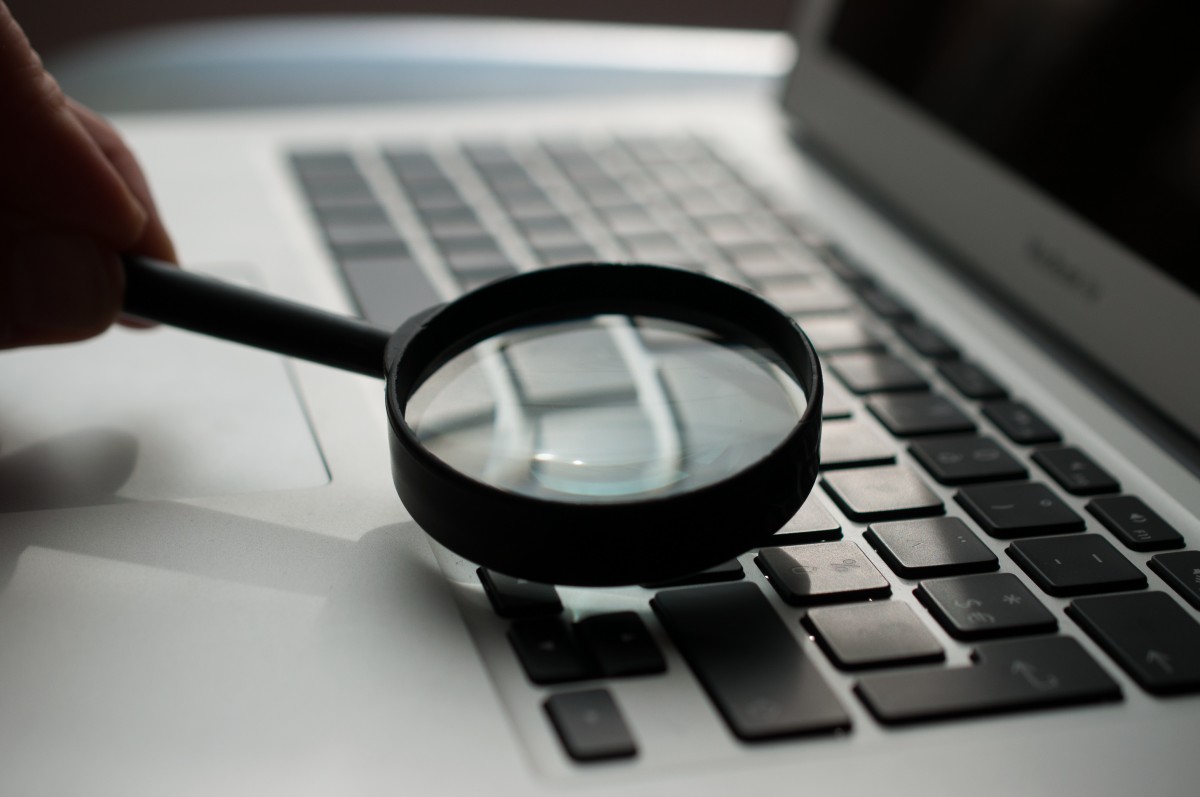 While the UK has the intent to leave the EU, the government has also stated that they will broadly comply with the regulations under their implementation as the Data Protection Act 2018. While for most people this will seem only relevant in an extra info window they have to click through when browsing the Internet, for employers and Human Resources it has significant obligations.

Employees must be notified of detailed information regarding how the company controls their sensitive personal information and any monitoring of their behavior and interests. New documentation will have to be provided explicitly noting how data is gathered, how long the personal data will be stored, and if it will be transferred to other countries. It must show that sensitive information is handled with appropriate security, and informing employees that they always have the right to request access to their own data and to have said data deleted or corrected in specific circumstances.

There are supposed to be stronger legal protections for information that identify someone’s race or ethnic background, political opinions, religious beliefs, genetics, health, sex life or orientation, or membership in a trade union. What people choose to reveal about themselves is their own business, but a company must protect said collected sensitive information. There are severe penalties for data breaches and improper use of employee information.

1) Employers must take extra care to protect the data that they collect and explicitly state to their employees what sort of data they are collecting,
2) Employers can generally no longer rely on broad consent terms in their contracts. Consent may be withdrawn at any time. 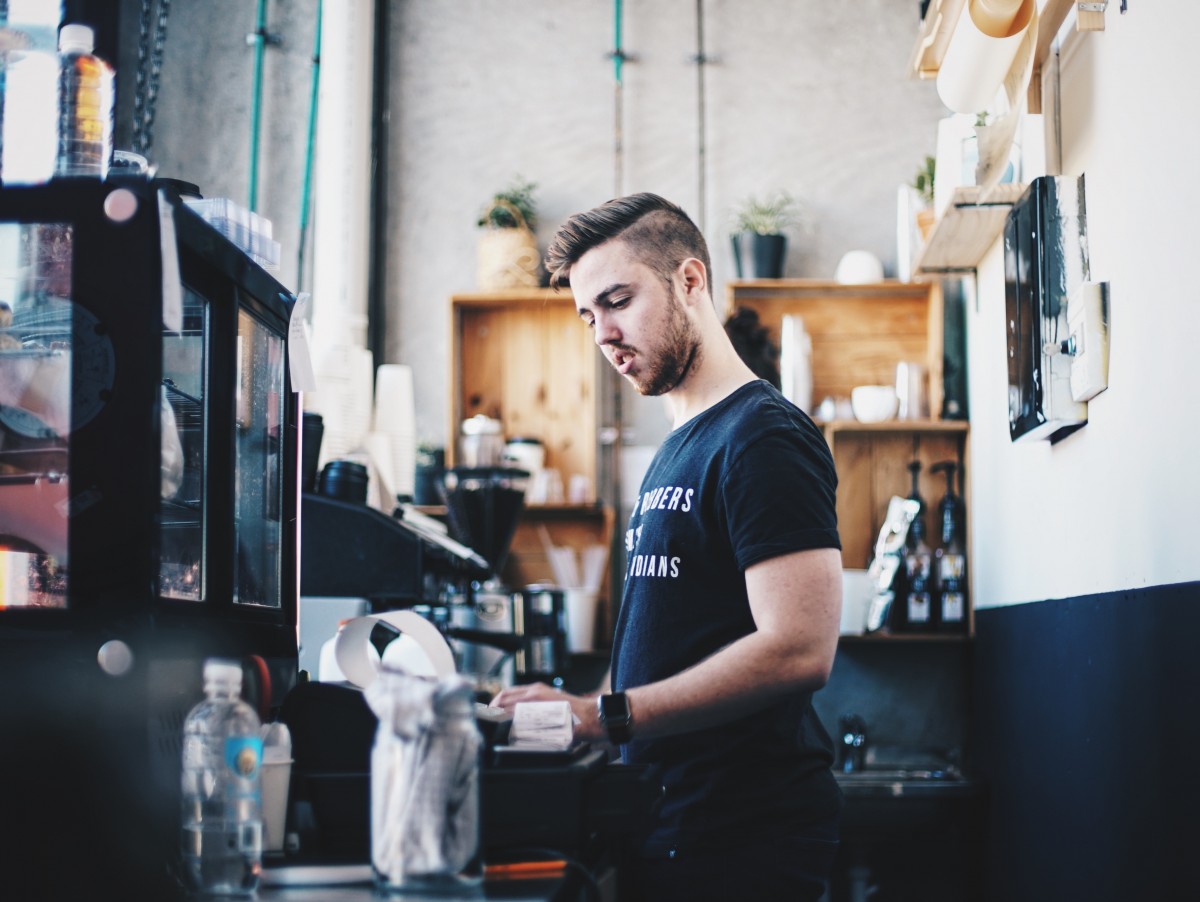 More obvious are the changes to the minimum wage that employees may expect depending on their age. This will take effect in April and is expected to help at least two million employees.

Companies that pay less than minimum wage will be fined and named in the annual list of shame. Even such high street companies like Wagamama and TGI Fridays, along with hotel chain Marriott’s were found to leave employees underpaid.

Employees are allowed some paid time off for sickness or to have children. Similar to the above, the government has announced increases to the statutory benefit payments applicable April 2018.

Payments After Being Dismissed from Work

While certain policies make it more attractive for employees, it is inevitable that there are many who will lose jobs in the new economic climate. There are also new laws that deal with this issue.

• As previously mentioned, statutory redundancy payments for jobs that will no longer exist in the company will increase and continue to remain tax-free. But all termination of employment on or after April 2018 will have all notice pay treated as earnings and will be subject to tax and national insurance contributions.
• Employers will be liable to pay national insurance contributions on termination payments above £30,000 (Class 1A NIC, Employer’s Liability Only).
• The maximum compensatory award for unfair dismissal has also increased from £80, 541 to £83, 682, as long as the effective date of termination is on or after April 6, 2018.

But it’s not all money going down. It’s a unpleasant surprise to millions in auto-enrolment pensions to find that their minimum contributions will increase from 1% to 3% of their income. It’s not all good news for their employers either, as they must increase from their 1 to 2%. This, what used to be 1% + 1% or 2% minimum becomes 2% + 3% for a total of 5% minimums.

This takes effect on April 6 2018. However, expect more to come in April 2019, for then the employer’s contributions will increase to 3%, while the employee must pay our 5% from their own pocket, for a minimum contribution of 8% of their income. 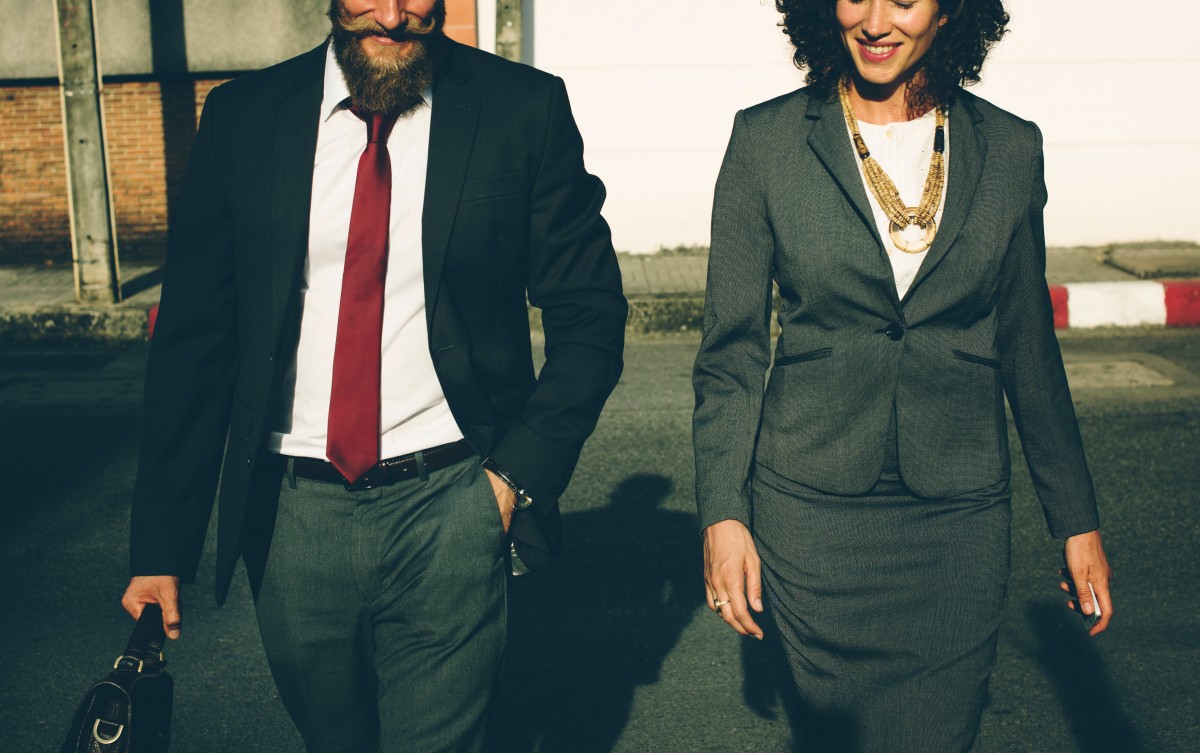 2018 is the deadline for the Gender Pay Gap Reporting required for all companies. Some companies, including Apple or the Conservative Party even state that their gender pay gap is in favor towards women. This is an issue complicated by the difference between the median and the mean in gender pay gap reporting.

The or mean, is the wages of all employees divided by the number of employees. The median is the figure that stands in the middle when all employee wages are ranked from highest to the lowest. The results are enlightening.

While this has no direct effect yet, this transparency may influence workplace culture in the future and help in negotiating for your entry wages.

Penalties for employing illegal workers can range from light to severe, up to unlimited fines or even 5 years of jail time.

To further disincentivize the employment of illegal workers, employers will henceforth be unable to claim Employment Allowance for at least one year if they ever hired an illegal worker, been penalized by the Home Office, and have already used up all appeal rights against said penalty.

In the wake of the Brexit confusion, employers have a duty to check that their existing employees retain a Right to Work and for employees to make sure their paperwork is filed well in advance. The EU Settlement Scheme is designed to be as easy as possible but less smooth in practice.

Employers should be mindful not to be too quick to take the option of dismissal however, because individuals should have the rights of appeal against their dismissal, as in the case of Afza vs East London Pizza.

One thing to really pay attention to is this bill, which is expected to amend the very definition of the worker; to make provisions of worker’s rights, and all connected purposes therein. This is very important to know when workers can be classified as employees instead of self-employed.

All workers including zero hour and causal workers could receive basic rights, payslips, and terms of conditions of employment from day one. Already one of the landmark cases in the push back against the gig economy, the tribunal has ruled that Hermes couriers are workers, not self-employed independent contractors, and thus were due minimum wage, holiday pay, and back pay for unlawful deductions to their salary. 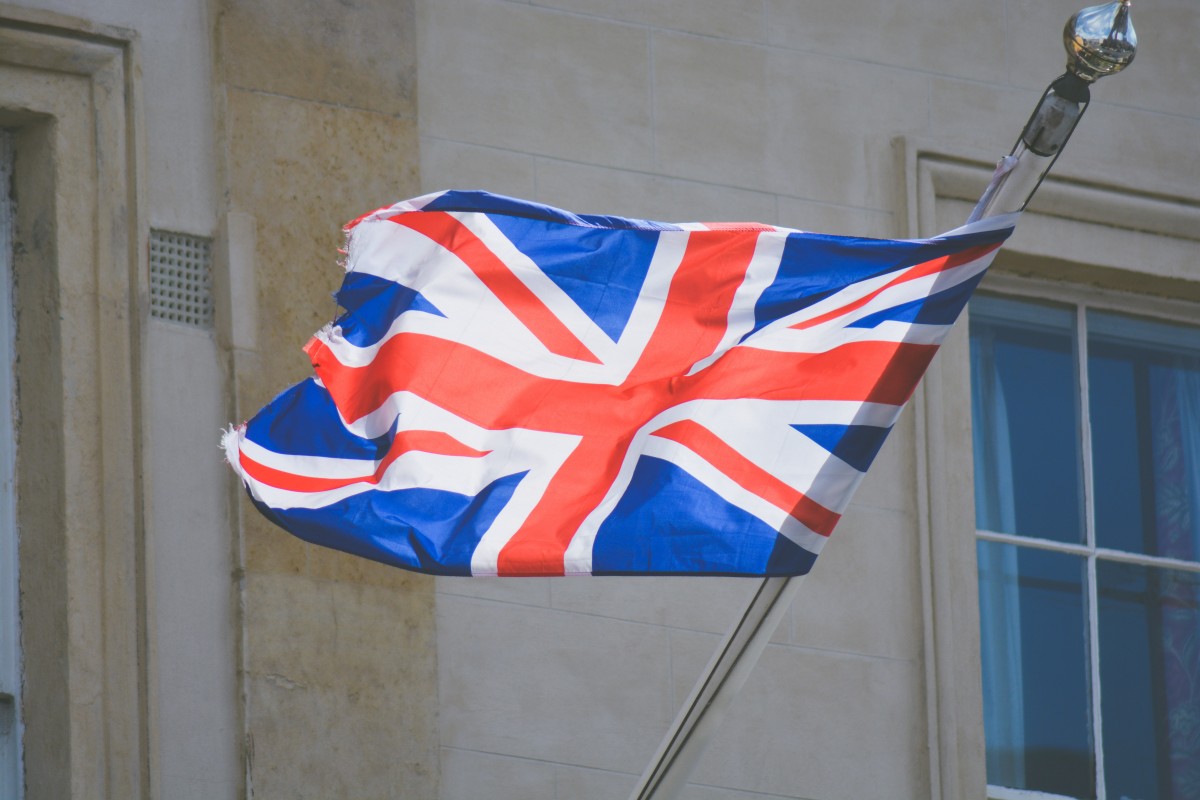 For employers and employees the most significant are the laws specifying changes minimum wage, in taxation and contributions. These have the most immediate impact on income and profitability. However, perhaps the two most important employment legislation in 2018 are regards:

Sure there’s the whole Brexit situation to worry everyone, but these two have the largest long-term influence in the way we work. It is difficult to estimate with accuracy the number of people in zero-hour contracts. Figures gathered by the Labor Force Survey and Business Survey show between 900,000 to 1.8 million.

About 18% of those working in Zero-Hour Contracts are in education, showing how the flexibility of such contracts may be a benefit to students. However, approximately 4% of working adults are estimated to be working in the gig economy.

A change in the employment culture may in the short term mean less profits but pay off later in increased diligence and employee loyalty if independent contractual workers can have the right to negotiate for long-term employment after a span of time.

Meanwhile, the gender pay gap is a similar but distinctly its own issue from gender pay inequality or wage discrimination, which has already been set in the “equal work for equal pay” Equality Act 2010.

It can show how men earn more per hour than women or that the lowest paid workers in the company are mainly female while the highest paid are mainly men. The Gender Pay Gap reporting ensures that companies can no longer hide behind opaque pay records and so face the question ‘Why does this pay gap exist and what can we do about it?’

There have been many attempts to explain why the gender pay gap happens almost everywhere, from differences in energy and willingness to sacrifice personal time, to even the pay difference essentially being a penalty for childbearing.

While others may be well-meaning, for the most part their employees and management might not even be aware about the situation in their own company. As a worker, it would also be useful to know in which industries you will find yourself being paid less. Finance, for example, has shown to be a highly-divergent field in the UK. However, contrary to expectations, for many, finding out the gap existed in fields in which they were already unrepresented was not really discouraging further participation.

“The message we got back [from women] was that they were not surprised by the gender pay gap in tech, that it wouldn’t affect them wanting to work in tech, so long as the company was open about it and taking action,” said Sarah Kaiser, Emea diversity and inclusion lead at Fujitsu.

This is why the Gender Pay Gap Reporting and Defining Worker Status new laws are so useful. By confronting the issue directly, it can encourage further participation by new young workers, and could blunt whatever adverse effects on the workforce caused by Brexit. 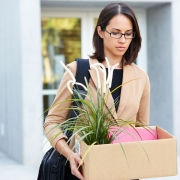 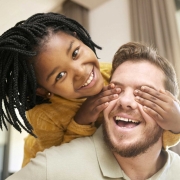 UK Wins Landmark Case vs Google But Could Still Lose the Long War over Priv...

The Most Popular Myths Regarding Divorce
Scroll to top