You are here: Home / Abortion Law 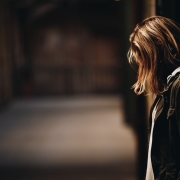 Abortion is a question of morality. Which has the greater moral value – the social and psychological impact of a child unborn and mothers having to leave with themselves after the fact, or the inherent right of women to have complete decision-making autonomy over their own bodies?

This is a discussion that cannot be settled anytime soon. Boil it down to the context of a certain problem and its corresponding solution. Therefore the most important question becomes: Just how easy is it to get an abortion in the UK? Is it even legal?

The answer is yes. But also no.

It is somewhat expedient. But sometimes you can still get arrested for it.

The reason, as always, is from the intersection of UK laws generally seeking to help the greatest number of people but also as a relic of an older, much less informed sociopolitical era. The more you lean on existing regulations, the more it just tends to do the opposite of what it was originally intended to do.

Abortion is legal under certain conditions in the UK (but not in Northern Ireland) based on the Abortion Act of 1967, at its time one of the most liberal abortion laws in Europe.

(b) that the termination of the pregnancy is necessary to prevent grave permanent injury to the physical or mental health of the pregnant woman; or

(d) that there is a substantial risk that if the child were born it would suffer from such physical or mental abnormalities as to be seriously handicapped.

The way the law is written, if the abortion is conducted by an unlicensed practitioner without the support of two other medical practitioners, it will by default be a crime.

This means that if a woman seeks an abortifacient on her own, even if the pregnancy is still at a very early stage, may find herself unlawfully liable to the Offences against the Person Act of 1861. Those who assist in her procurement of tools and drugs would also be indictable.

The Abortion Act of 1967 largely papers over the conditions of the Offenses against the Person Act of 1861. A hundred years separate these laws. How do they hold up against modern conventions on Human Rights and queries about pregnancies that are the result of rape or incest?

The answer: They don’t.

Westminster’s needed to bounce this hot potato as either a health issue or a human right issue. Advocacy groups whether pro-choice or pro-life both claim to protect the mother. Even those who object to abortions on ethical or religious grounds want to resolve the issue via discouraging abortion as an option instead of punishing those who seek it.

Through the 19th to the first half of the 21st century, laws were in place to limit access to legal abortion. None of these, of course, prevented unwanted pregnancies or the need for abortions. Thousands of women had no recourse but to rely on dubious abortionists, risking death or permanent infertility. Many women died of infection in back-street clinics.

Abortifacents disguised as menstrual cures were sold – most of them were ineffective or outright poisonous. Some of them were even based on lead, which if not poisoning and blinding the mother would have caused mental damage to the child that survived.

The landmark case for abortion rights was the trial of Dr. Alex Bourne in 1938, who argued that abortion should be legal in exceptional circumstances, and he admitted to having performed an abortion for a 14-year old girl who was gang-raped and now was suicidal after her ordeal.

He was acquitted on the note that when the mother’s physical and mental health was in danger it was permissible to do so. However a psychiatrist’s permission was still required so it was only relatively well educated or wealthy women who could find or pay for a favorable psychiatrist.

Safe access to abortion would prevent more women from putting themselves in more life-threatening situations. Legalization of abortion access was therefore a public health measure, as the crime of preying upon desperate women with unsafe practices is worse than the act of seeking abortion in the first place.

Abortion is not so much a concern anymore for adults who can approach the issue from multiple vectors, for those that are the victims of sexual assault, or those diagnosed with a congenital defect in the fetus. The modern medical system is tailored to deal with those who use reason as a motive for abortion.

Largely the moral panic about abortion is how it will affect young teens who become unprepared very young mothers and the social acceptability of promiscuity in the youth. Fear and disgust drives the engine for both sides of the argument.

It is argued that parents should retain legal rights to be informed before their child who is a minor may request an abortion from the NHS.

It is argued that a minor who is pregnant from rape might be allowed to travel to have an abortion against the express wish of her parents.

It is argued that parents who attempt to aid their children with something like buying pills online should not run afoul of 100-year-old law whose provisions have already be redefined in all other parts of the United Kingdom.

It is argued that unborn children have rights that must be upheld too.

It is argued that being an underaged mother is a clear danger to a young woman’s mental and financial health.

It is argued that the health risks of abortion is unacceptable.

It is argued that the health risks of underage child delivery is unacceptable.

It is argued that prevention is better than the cure.

It is argued that a safe public cure is better than a secretive illegal cure.

But unfortunately most of all it has become a political issue. Northern Ireland is currently in review about whether its abortion laws represent a failure to abide by European consensus of human rights. But if that is so, what about Republic of Ireland?

If it passes, it would now be much easier to travel to have an abortion on the Isle, and in sense it represents an attack on their values.

Female body autonomy unfortunately has become a rallying symbol for unspoken other fears about social autonomy and political self-consistency. Many parents don’t feel like their own opinions should be discarded about the life of their own children who still live with them. Others still feel that the UK should be careful about unintended consequences specially after their mess of a vote back in 2016.

Pro-choice and pro-life represent equal but conflicting moral platforms that unfortunately paints the other side as ‘bad people’.

But perhaps the worst part is that the law as written is an either-or rule between external authority vs internal self-rule for a woman’s own body; parents vs children; murder vs suicide; self-help vs government clinics – very little compromise in between.