You are here: Home / Divorce

There’s no getting around people who seem to think they know everything they need to know about divorce. Unfortunately, beliefs are not always reality and some people could end up stepping into something they are not prepared for.

So, let’s look at some of the leading myths that circle around divorce…

Your Spouse Must Agree To Divorce

Although it’s always easier if you both agree to a divorce, you do not need your spouse’s consent to move forward. If the petition shows that the marriage is falling apart because of your spouse’s love affair, you do not need them to agree to the divorce. All you need to do is let the court know that your spouse has been served with the petition. No doubt, in a perfect world, it would be great if the two of you could sit down and work out the details but in many cases, that’s just not going to happen. 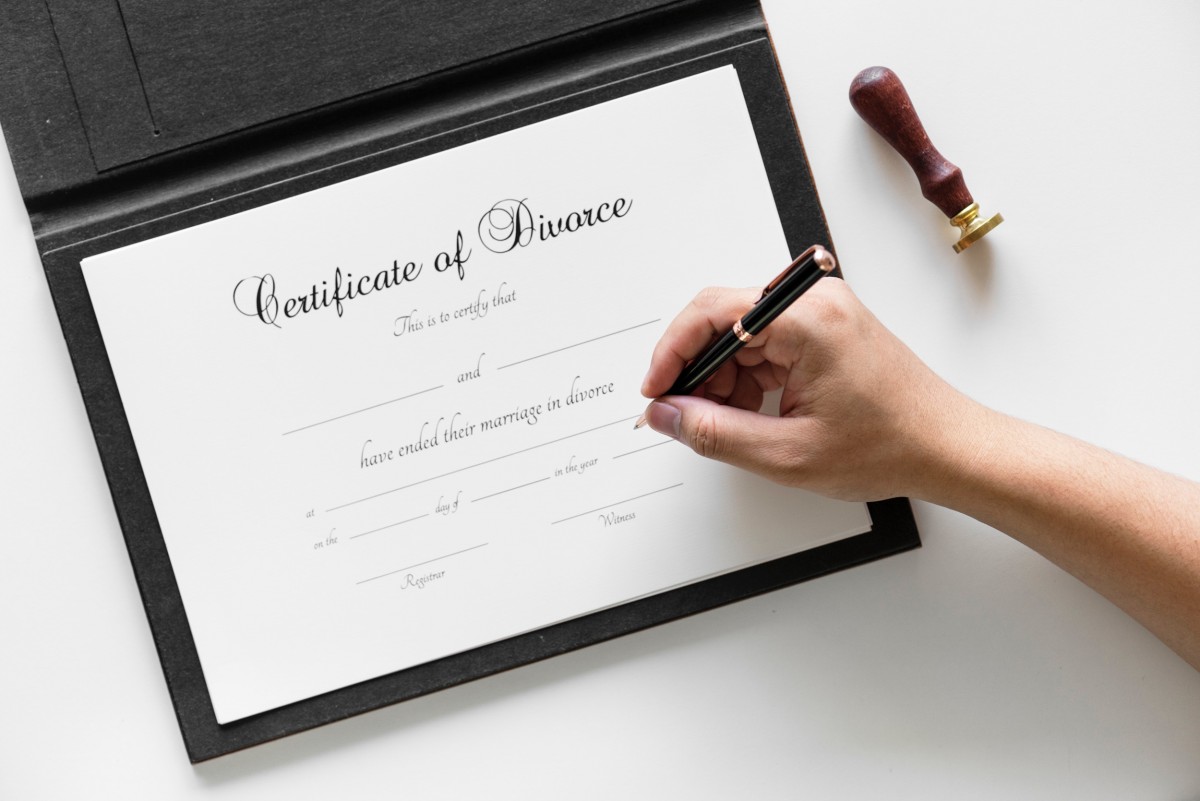 You Will Be Responsible For The Costs

That’s not necessarily true. If you issue a petition that states your spouse has been having an affair or another behaviour, you can request they pay your costs.

The procedure for divorce is the same and will take the same amount of time regardless of facts that might show the marriage has completely and totally fallen apart. If you choose to wait until the two of you have been separated for 2 years or more, you must wait until those 2 years have passed. Everything else, after that period of time, will be the same including the entire process and the time frame.

A Divorce Will Stop All Financial Responsibilities Between Both Of You

Again, this is just not true. A divorce will not stop all financial claims brought on the other. It is highly advised you seek legal counsel to understand the ramifications of being divorced without a financial agreement firmly in place.

The Decree Nisi Is The Final Degree For Divorces

First, a decree nisi (or rule nisi) is a court order that does not have any power unless certain conditions are met. Once the conditions are met, the ruling becomes a rule absolute and is binding. There are people who fling divorce nisi around believing they are now divorced. Again, wrong! This decree is only a step halfway through the entire process. After, literally, one year and 6 weeks from the declaration of the decree nisi will the decree absolute be put in place. The decree absolute is the final decree for a divorce. For more info on this get in touch with a good family and divorce solicitor. 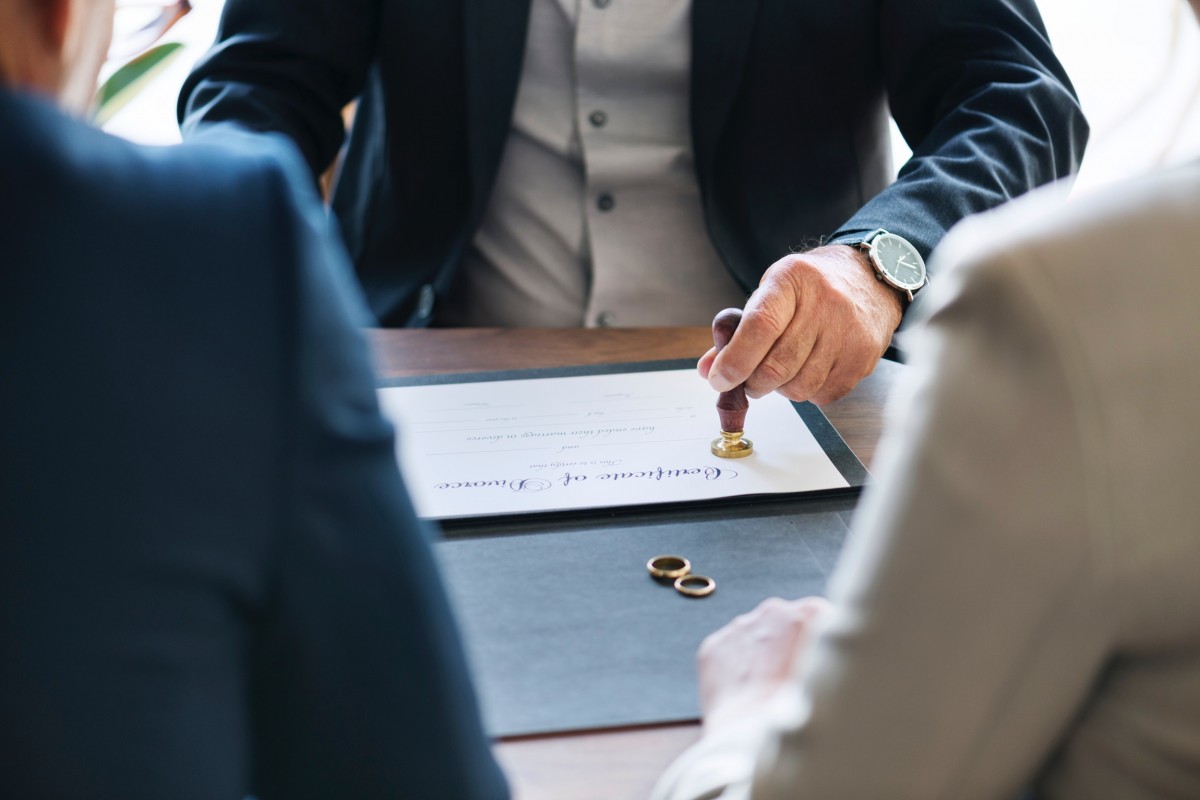 You Can Issue A Petition Based On Irreconcilable Differences

Currently, this country only has a full-based system. The exception might be if you both agree to a divorce and have lived apart for 2 years or more. The courts, at this time, do not recognise no-fault divorces like some other countries and some argue that this is outdated and designed to make couples suffer.

Divorce is the dissolution of marriage within legal bounds, and dealing with issues connected to divorce can be very traumatic. Even so, many marriages end this way. Popularly thought to be a very common issue in the United States, but in actuality divorce rates in Europe are not much better and in fact may be worse.

It may surprise you to know that by recent survey data, both the US and the UK actually hover at around 40% divorce rate compared to others like Portugal, Belgium, and Denmark, which break 50% to 60%.

Divorce can exhaust you mentally, physically and financially so it is just right to know the direction you’re headed when thinking about divorce. Divorce laws are of course different for every country, but in some ways just divorce laws between states can be as varied as entirely different countries. As much as the US and the UK have strong similarities there are also important cultural differences.

With these oddly similar numbers, do they view marriages and divorce the same way?

1. There is no No-Fault Divorce in England and Wales.

There are two ways to approach divorce – Fault and No-Fault.

The first one is the No Fault divorce, which includes lack of support from your spouse and any other cause without any rational possibility to reconcile. This includes two parties living apart from each other for three years or more. Another case would be due to mental health issues that last for more than three years, marriage could be ended as there may be no chance for recovery.

The other type is the Fault Divorce, which often times the most common basis for divorce conditions. This includes cruelty or bad behavior and abuse towards the partner (whether mental or physical), adultery or infidelity, felony (when a partner commits crime and imprisoned for more than a year) and abandonment (when partner leaves the other for more than a year).

England and Wales does not have the provisions for no fault divorce; that is, one party cannot unilaterally decide to end the marriage due to differences. A fault-based system imposes penalties on the misbehaving party in a relationship, but of course when neither want to lose their properties and rights to their children they must have an option other than suffering a loveless marriage.

Among the grounds for divorce there is one way to achieve functionally the same result, when married partners live apart with mutual consent for at least two years. However, this period may be prolonging the pain of an irreconcilable marriage and imposes greater burden on their children. Ireland has a harsher requirement, four years before divorce is allowed under grounds of separation.

Scotland had No-Fault Divorce provisions since 2006.

2. Minimum amount of time to be married before allowed to file for divorce

In the United Kingdom, the couple must be married for at least a year prior for a divorce case to be filed for petition.

In the US, in theory you can apply for a fault-based divorce almost immediately if the marriage would be harmful. For amicable no-fault divorce, it generally depends upon the State but about one year of separation.

Alimony or terms of spousal support still tends to be awarded based the length of time being married.

3. The Decree Nisi and the Decree Absolute

Divorce proceedings in the US have an almost clinical efficiency. Most of it is spent in talks and negotiations between lawyers, only taking it to court when there must be a judgement laid on adversarial conditions regarding custody and properties.

Divorce proceedings in the UK, being an at-fault mechanism, is between the petitioner and respondent. The respondent may choose to defend (against) the divorce or file a divorce petition of their own. When the intent to defend or both sides have filed divorce petition, the court will schedule a hearing.

Even so it is possible that the court can suspend divorce process even after issuing the Decree Nisi when there is a reason for both parties to reconcile with each other. Only the petitioner may ask for this suspension.

There is no court power in terms of dealing with maintenance of the children. It is now only limited to a number of special cases, when both parents apply for order of consent. These can happen in payment of school fees or when there are care costs for a disabled child. CSA assesses based on information provided and will chase when defaulted.

In this case, lawyers can assess their client’s capacity to make an application to the courts or leave it for the CSA.

In the US, a parenting plan is required and both parties are encouraged to decide on custody and visitation agreements.

The effect of divorce decree for a property on a different country may vary. Logistically, it would be best to file the divorce decree in the country where most of your assets are located.

Interestingly, one only needs to stay in the UK for 183 days or more to be considered a resident.

But even if you don’t, you can still be automatically considered to have legally been a resident of the UK if you have a home in the UK for (owned, rented, or lived in) more than 90 days and present in said home for at least 30 days. If you have sufficient family ties to the UK and you have spent more than 15 days with them, you may be considered a resident for jurisdictional purposes.

US laws allow you to file for divorce even if you were married overseas. If either you or your spouse is American, jurisdiction still often a matter of where you presently live than where you filed your marriage. Divorce across borders have much greater issues with regards to custody and division of property.

Article by Hadaway & Hadaway solicitors in the North East UK.